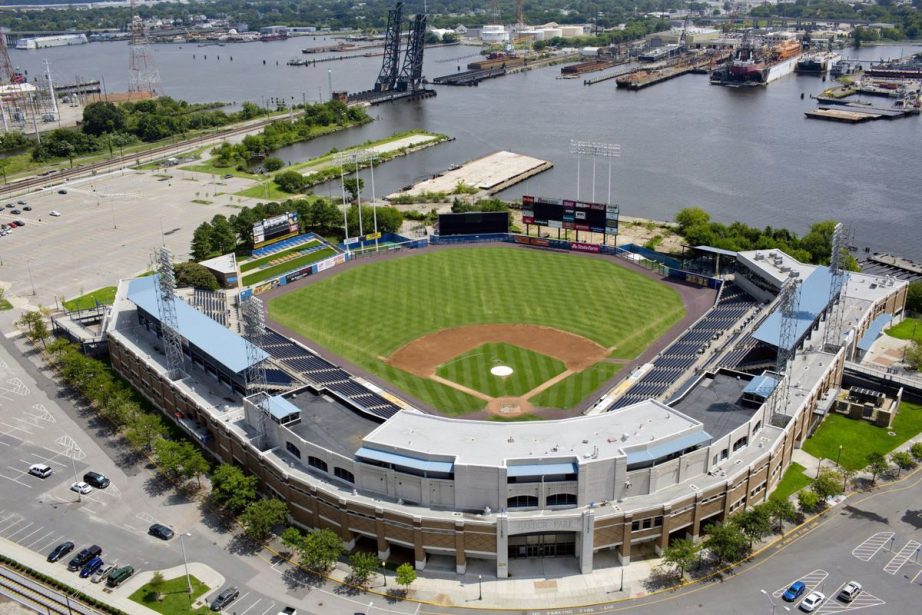 Harbor Park, the minor league baseball stadium in Norfolk, could be closer to getting a temporary casino opened inside the facility.

To get through a hurdle, city officials recently changed the address of Harbor Park to 200 Park Avenue. It was previously 150 Park Avenue.

When Norfolk voters approved a casino during a 2020 vote it was specifically stated that it would only be at the address of 200 Park Avenue. The address change allows the Pamunkey Indian Tribe to open a temporary facility in the stadium that houses the Triple-A Team, Norfolk Tides.

While the city says the change isn’t related to the plans to develop a temporary facility it does pave the way for it. This comes close to a month after the city approved a conditional use permit for the casino.

Details of the Virginia Casino in Norfolk

The temporary location will take the place of the Boxing and Fitness Center as well as the Hits at the Park restaurant which was located at the end of the first base concourse.

The permanent HeadWaters Resort & Casino will sit on 13.4 acres next to the baseball stadium on the waterfront. It is expected to be a $500 million resort and casino but it likely won’t open until 2024.

The full resort will feature restaurants and bars, a spa, a concert venue, hotel rooms, slot machines, and table games.

While the address change brings them a step closer to a casino, Harbor Park still must apply for a facility operator’s license through the Virginia Lottery.

Sports betting was legalized in Virginia in April 2020 and launched close to a year later in January 2021. Virginians voted to legalize land-based casinos and online sports betting apps.

Norfolk is one of four cities in Virginia that were approved for land-based casinos. The other four were Bristol (Hard Rock Bristol), Portsmouth (Rivers Casino Portsmouth), and Danville (Horseshoe Danville, run by Caesars Entertainment). Richmond was the only city to have plans rejected.

The Virginia Lottery Board issued the first facility operator’s license to Hard Rock Bristol in April. The license gives Hard Rock the go-ahead to open the first retail casino in the state.

Hard Rock is planning to open a temporary facility in July with the full casino and hotel opening in 2024.

In the meantime, sports bettors can make bets on a variety of different mobile apps with 11 currently available.