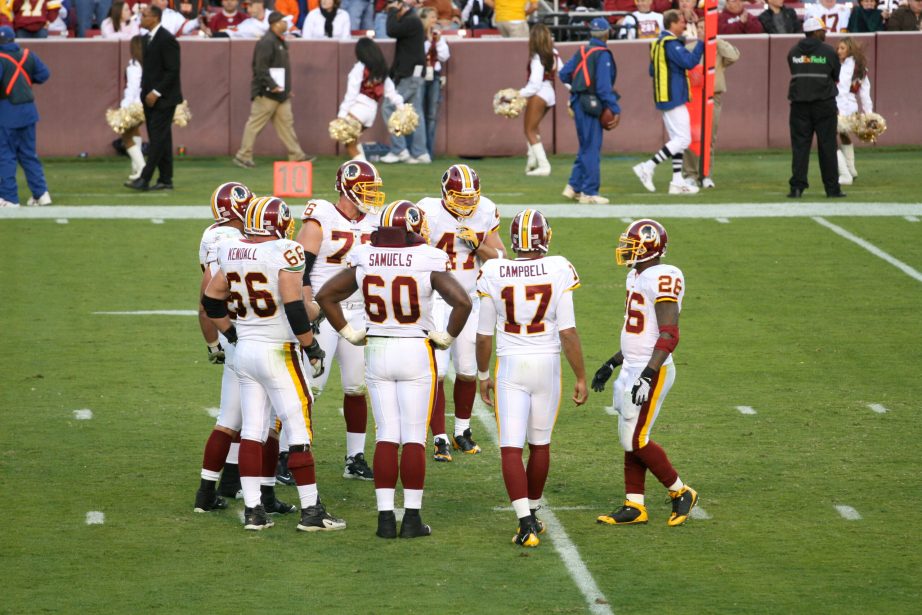 While the Philadelphia Eagles spent the weekend relaxing as their bye week drew to a close, the Washington Football Team was looking to make a statement against the Dallas Cowboys in a key NFC East contest.

But if Washington made a statement, it was that it’s not yet ready to contend with the Cowboys for the division’s top spot. The 27-20 loss at FedEx Field looked close on the scoreboard, but the reality is that Dallas dominated and held leads of 24-0 and 27-8 before a pair of late touchdowns added some intrigue.

On top of that, Washington quarterback Taylor Heinicke tweaked a knee – though he’s expected to be ready to face Philadelphia – and wide receiver Terry McLaurin is in the concussion protocol. The Eagles, meanwhile, hope the time off can help bolster them for a stretch run that leads to a playoff berth in coach Nick Sirianni’s first year at the helm.

With questions about Washington after its shaky performance on Sunday, the Eagles opened at 2.5-point favorites and have quickly jumped to -4 on most sites as of Monday afternoon. The total opened at 44.5 but has dropped a point at many sportsbooks.

A four-game winning streak, that was preceded by a four-game losing streak, had Washington fans feeling good heading into the Dallas game. This despite the fact that the Heinicke-led offense had managed 17 points apiece in wins against Seattle and at Las Vegas.

Asking even the best NFL defenses to consistently hold opponents to 16 points or fewer isn’t sustainable over the long term, or even for three straight weeks as Washington learned against Dallas. And much of the defense’s “problems” against the Cowboys were caused by an offense that never got it going.

With the ground game stagnant, Heinicke needed to carry more of the load and it didn’t go well as he completed 11 of 25 attempts for 122 yards to go with a touchdown, an interception, and a lost fumble while being sacked four times. Running back Antonio Gibson and backup QB Kyle Allen also lost fumbles.

If the offense can get back to running the ball and a healthy Heinicke doesn’t try to do too much, that will give the defense a better chance to focus on stopping Philadelphia QB Jalen Hurts without feeling as if it must win the game itself.

With a late bye, three out of their four remaining games at home, and their lone road game a quick trip to Landover, Md., for a return meeting with Washington, the well-rested Eagles have a path to the playoffs. It’s a path that would have been much easier without a dispiriting loss to the New York Giants, but that’s in the past.

The key for Philadelphia has been its ground game, and a return to that focus would be advised against Washington. Also expected to return is Hurts, who sat out the Eagles’ bounce-back win over the New York Jets due to an ankle injury. Gardner Minshew started that game and provided a reminder that in addition to a running game powered by Miles Sanders, assuming his ankle is fully healthy, tight end Dallas Goedert is also a formidable weapon when targeted.

Hurts, who is at his best when mixing in timely passes that complement the running game, has yet to show that he’s the team’s long-term solution at quarterback and will be looking to rebound after a three-interception performance in the loss to the Giants.

After a rough start to the year defensively, the Eagles have shown improvement, but they still need to take the next step if they hope to do anything more than simply qualify for the playoffs.

With both quarterbacks dealing with injuries in their last start, there’s no guarantee of what to expect from either Heinicke or Hurts come Sunday. Both, however, are expected to start. After missing one game and then having a bye, Hurts has had plenty of time to recover. And if Eagles center Jason Kelce is healthy, look for the Birds to keep it on the ground.

Neither offense is flashy, but the Eagles have averaged 27 points over their last nine games. Assuming Hurts and Sanders are set to start, take the Eagles and lay the points.